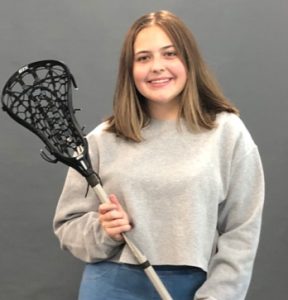 Hi, my name is Olivia and I am 16 years old. Back in 2009 when I was 7, and my brother Carter who was 8.5 back then, first learned how cheetah’s may someday become extinct in our lifetime and that unless someone did something, there may not be cheetah’s in the wild for our kids to see and that made us mad so we decided to start our own nonprofit called One More Generation. Our goal was to help raise awareness about the plight of animals for at least One More Generation… and beyond. Ever since we started OMG, people have been coming up to us and thanking us for our work and calling us ‘changemakers’, which at first, I didn’t understand. Over the years, we now get why people refer to us that way and often we hear them say things like ‘these kids are special’ or ‘I wish more kids would be like you guys’. At first, I didn’t understand why they were saying that especially since we don’t see ourselves as being special or even different. We are just two kids who are speaking up about what concerns us and trying to get more people involved in finding solutions to some of the problems we see out there.

Key to Being a Changemaker

With almost 10 years of trying to make a difference, on a wide variety of issues, one thing we have learned is that to be a ‘changemaker’ you don’t have to be special or different, you just have to care enough about something to the point that you want to help. I know that when we first approached our parents and told them that we wanted to save cheetah’s, they smiled and with a pat on the head they’d say ‘that’s nice’…, we had to keep telling them that we were serious over and over before they actually took notice, even then our dad wasn’t convinced 100% and even came up with a challenge that required us to study about endangered species for 14 days straight without ever being reminded to do our research, only when we lived up to our end of the bargain, did he see that we were serious and they finally helped us start our company.

Ever since starting OMG, we have been working tirelessly on ways we could make a difference on a host of issues.  Our first initiative was to raise $1,000.00 dollars to support the Ann Van Dyk Cheetah Rescue Center, when we did, our parents were so impressed, they used my mom’s airline miles and we all flew to South Africa where we presented the founder of the cheetah rescue center with a big check… she was so thankful she cried.  While we were there, we learned about how rhinos were being poached to the brink of extinction, we just knew we had to help.  So, when we returned from South Africa, we studied about rhinos and what was driving the demand for their horns and we launched our first global campaign (our Rhino Letter Writing Campaign) where we asked students around the world to learn about the species from our PowerPoint presentation which we uploaded on our website and then asked them to consider writing a letter to the South African President (back then it was President Jacob Zuma) asking him to get serious about saving the species before it is too late.  Our goal was to collect 1,000 letters and then to travel back to South Africa and present them to the President himself, so he could see that kids around the world cared about saving rhinos.

While all of this was going on, something terrible happened.  I remember our dad picking us up from school and turning on CNN because we heard something bad had just happened.  The first image we saw on the TV was of a dead sea turtle that someone just pulled out of the Gulf which was caked in oil… the BP Gulf oil spill just happened.  I remember crying at the sight and asking our dad, “what are we doing about this problem’?  We ended up making a few phone calls to the various animal rescue centers and they all asked for money (which we didn’t have), they then gave us a laundry-list of animal rescue supplies that were needed so for the next four months, my brother and I went to every school, church and even boy scout meeting we could and we gave presentations telling everyone why we needed the supplies.  We collected a truck-load of supplies, our parents were again so surprised at what we had accomplished, that on my eighth birthday, they drove us 11.5 hours down to the Gulf where we spent five days working with the Marine Mammal and Sea Turtle Rescue Center and delivered all our supplies… it was amazing. On our last day there one of the volunteer veterinarians came over to us and thanked us for all our hard work, but then she asked “What are you doing about the environment…?”, our dad was like “are you kidding me right now… haven’t these kids done enough already?”. The volunteer through her hands in the air and said “I’m just saying… where do you want me to put all these animals when they are healthy again?”  My dad, (still in disbelief that she was insinuating that we had not done enough) said, “you should put them back in the ocean, I am sure the oil will be gone someday or that there are clean parts of the ocean… what’s your problem?”  The vet then told us that oil from the oil spill was not the problem, plastic was the problem.  She continued by saying that there is more plastic floating in our oceans that there is oil from all the oil spills globally.  She told us that 75% of the animals we helped save will encounter plastic debris and some will become entangled in it or worse, they will ingest it and die… so unless you are also working on cleaning up the environment, you are spinning your wheels with everything you have done so far.  That is when we realized that she was 100% correct and that we were in fact not doing enough.

When we returned back home, we spent the next five months educating ourselves on the issue of plastic pollution, we then mapped out a program that would allow youth all over the world to learn about the issue and then we hired two teachers and a retired school principal to help us create what is now an award-winning Plastic and Recycling Awareness Curriculum that teaches students all about plastic pollution and how they too could start being the solution… and that was when we decided to create our environmental conservation division.

One Path Leads to Another

Our Plastic and Recycling Awareness Curriculum has won lots of awards and my brother and I were recently invited to Washington DC to meet with the head of the EPA (Environmental Protection Agency) Administrator Wheeler to present our curriculum for consideration in a new nation-wide recycling and education program the government is considering.  We had a fantastic meeting and remain hopeful that they will help us make environmental education mandatory in all schools starting at the elementary level.

BTW, while we have been involved in building our environmental conservation division, we never stopped working on our various animal conservation initiatives.  The Rhino Letter Writing Campaign we mentioned earlier, actually received over 10,000 letters from youth around the world and we were invited back to South Africa and hand delivered all the letters to the Minister of Environmental Affairs at a formal meeting, along side such amazing organizations as the WWF, WildAid, Traffic and many more… it was amazing.  We were even featured in a mini documentary that showcased kids working hard to save rhinos.  The success of the program got us invited to visit Vietnam for 16 days where we traveled the country giving presentations to schools and government officials in an effort to help stem the demand for rhino horn coming from that region.  While we were there, we saw our very first pangolin which in case you have never heard of the species, is the most poached mammal on the planet.  That obviously spawned our global Pangolin Awareness Art Campaign which is still going strong and our very first completed art piece is hanging at the UN Headquarters in New York today.

We also launched a global OneLessStraw Campaign two years ago which continues to grow globally.  We have over 800 restaurants and partners from around the world and the campaign buttons have already been translated in over 12 languages and we have given out free over 47,000 buttons to restaurants around the world.  Over 10,000 people around the world have taken the OneLessStraw Pledge and that number continues to grow as well.  We even attracted the attention of global business partners such as Delta Air Lines, Hilton Hotels and Red Lobster Restaurants, all of which have adopted our “We Only Serve Straws Upon Request” program.

So, as you can see, everything we have ever been involved in has happened organically, we started out merely caring for cheetahs and that passion has spawned a host of initiatives that has continued for 10-years.  We are celebrating our 10thyear anniversary this Sept and we are still going strong and our reach is truly global and we plan to continue doing what we do for as long as we can and I wouldn’t change a thing.  For our 10thyear anniversary, we will be launching our next global initiative, our OneLessButt Campaign which is designed to raise awareness to the fact that cigarette butts are the number one pollutant globally.  The campaign is not an anti-smoking campaign, instead we are trying to get smokers to smoke responsibly and not just mindlessly throw their cigarette butts on the ground.  Stay tuned for more as we get ready to launch this campaign as well.

You Can Do This

The one thing I want every young reader to take away from our story is that all of us have the same opportunity to be a changemaker, the key is to find that one person who will help you nurture your passion and believe in you.  I always tell kids around the world to ‘tell every adult you know repeatedly, what you are passionate about, because adults don’t always hear us, sometimes (as was the case with our father), it takes numerous times of you telling them that you care about something and that you not only want to make a difference, but that you are also willing to work hard to make it happen, and as long as you stay focused on your dreams, you will find that opportunity or person that will help you get started and who knows what changes you too will be able to make.  As my brother and I always say “Anybody can make a difference… if we can, you can too.”

If you have ideas and are not sure where to start, reach out to us and we would be happy to help give you a few suggestions.  Thanks for reading about our story and for caring.  Make sure to visit our websites and follow us on our social media sites as well: