I got my start as an environmental organizer 13 years ago, my first job out of college. Growing up in Madison, WI, I spent summer evenings getting lost in the woods, climbing trees, and developing a deep connection to nature. I also remember cringing in line at the grocery store as a kid as my mother lectured cashiers about why they shouldn’t give out plastic bags and decided that when I grew up I would figure out how to save the planet. A persuasive recruiter with Green Corps, the field school for environmental organizing, pitched me on taking a job as an environmental organizer after college, and I dove into one of the most challenging and formative years of my life.

Green Corps was founded in 1992 with the mission to train organizers, make an impact on today’s most pressing environmental campaigns, and graduate activists who possess the skills, temperament, and commitment to fight and win tomorrow’s environmental battles. Over the last 27 years, we’ve trained 386 young environmental organizers to push for the fight against climate change with groups like National Audubon Society and Climate Reality Project; protect public lands with groups like The Wilderness Society and Conservation Lands Foundation; and fight pollution by shutting down dozens of coal-fired power plants, banning fracking, and stopping mercury pollution with the Sierra Club, Food and Water Watch, and Oceana. 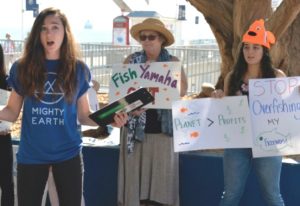 This past fall, we worked on a campaign with Mighty Earth to keep our fisheries sustainable. Yamaha Corporation sells musical instruments like pianos, but they also sell boat motors. And while they tout their marine conservation credentials, they lobbied last year to weaken the Magnuson-Stevens Act which would have led to overfishing, ecosystem destruction, and even violations of the Endangered Species Act. To “Fish Yamaha Out” of US oceans policy, we sent three intrepid organizers to places we knew they’d get the message loud and clear – their headquarters near Atlanta and Long Beach, as well as New Orleans.

One organizer we sent to work on this campaign was Lauren Karpinski. Lauren excelled in our Introductory August classroom training, so we shipped her off to Long Beach, CA, where she hit the ground running, quickly building a robust group of volunteers that she trained how to petition, build a coalition, generate media coverage, and run Days of Action that generated hundreds of calls & social media posts to Yamaha. After 2 months of steady grassroots pressure, they held a big media event and rally on the beachfront – and when the day came, dozens of people and media turned out to hear Lauren and her team call on Yamaha to change course. Yamaha pushed back with interview in local media outlets and an aggressive social media campaign, but ultimately, after mounting grassroots pressure that overwhelmed Yamaha’s lobbying efforts, the final bill passed without the harmful amendments that would have rolled back key protections for our fisheries.

Green Corps Alumni Around the World

After running campaigns like these, our organizers go on to bring a focus on grassroots organizing and strategic campaigns to environmental and social change groups around the country. Dozens of our alumni are spearheading organizations like Leila Salazar-Lopez who runs Amazon Watch, Patti Lynn who serves as Executive Director of Corporate Accountability, and Glenn Hurowitz, CEO of Mighty Earth. We’ve got alumni who are moving the clean energy sector forward in leaps & bounds, and alumni in electoral politics helping to run groups like MoveOn.org and Swing Left. And this is just a small sampling of the environmental leaders who cut their teeth at Green Corps – they’re joined by countless other executive directors, field directors, communications directors, organizers, fundraisers, digital strategists and more who are working around the country, around the clock to push for a better world.

And they do this work in a global context where care for the earth is embedded in the ethic of countless cultures, traditions, and ideologies. Whether its Judaism’s Tikkun Olam or Christianity’s stewardship principle; whether it’s the true conservatism the Republican party once embodied or the promises of 2020 candidates to act on climate; or whether it’s marginalized communities and communities of color that are disproportionately impacted by and also overwhelmingly concerned about environmental issues — it’s clear that care for our planet is endemic to what it means to be human.

And is it’s growing. Young people are more ready than ever to fight for change. This last year at Green Corps we received more applications than we could consider and saw our highest acceptance rate in nearly a decade – and with young people like Greta Thunberg all over the world leading the way for climate action, we are at a tipping point in more ways than one.

As we advance technologically as a civilization, as we produce and consume ever more stuff in our pursuit of happiness, the constant quest for more, better, faster is not only leaving behind our most vulnerable, but it is alienating us from each other and from nature. We need to fundamentally reimagine the ideal of progress and purse a with a collective national zeal not seen since WWII the health and sustainability of this one planet we call home.

Green Corps will continue to train young people to do just that, and we’re excited to work with many of you along with communities across the country to protect our planet for generations to come. 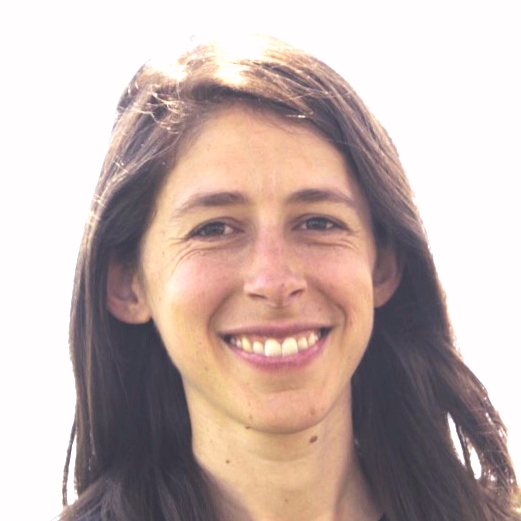 Want to hear more from Annie? Join us for our podcast: Green Corps: The Field School for Environmental Organizing