This Racial Climate is Thick

Imagine a distinct toxic burnt rubber smell in the air as you wake up every morning. Headaches that become routine and seem to dissipate after an hour. Instant nausea after taking a step out your front door each day. Avoiding tap water due to the metal smell as you lift the glass to your lips. These occurrences were some of my first experiences with environmental racism.

My birthplace is Port Arthur, Texas a small city located near the Gulf of Mexico. Port Arthur is home to the largest refinery in the United States, a $10B project that is slated to expand in the next thirty years. As I was growing up in this small refinery town, my father, who was a merchant seaman, would ship out for 6-8 months at a time to locations across the world. Our house was so close to the port that my family and I would walk to the seawall and watch the ships daily. I have fond memories of large black and silver ships slowly disappearing just beyond the horizon and running right up to the seawall, where large gray stones would separate my little body from thousands of feet of salt water. When my father’s ship was completely out of view, my eyes would drift to the seawater and its iridescent film that encompassed all the colors of the rainbow and I would watch baby blue crabs climbing up large gray stones with filmy rainbow-colored water bubbling in their little angry mouths.

These memories from my childhood are recalled from thirty years ago and years before 450,000 gallons of oil spilled into the Sabine waterway that resulted in lawsuits, deaths, and economic decline. At the time, I wasn’t aware of how my young life was being affected by the air, water, and land pollution that engulfed the city of Port Arthur, Texas. I was also blind to the harsh environmental racism tactics and how they were being used as tools against historic Black neighborhoods.

According to the 2000 and 2010 census the population of Port Arthur was 57K then declined to 53K, Black residents were 42% of the population and 38% were White residents. It’s important to note the racial makeup of the population and what the data reveals historically. The Black population boomed during the 1930’s and then drastically declined due to Jim Crow, hurricanes, sea level elevation, and health issues caused by toxic pollutants. As White residents of Port Arthur proudly separated themselves within gated communities miles from the dilapidated seawall and fuming refinery stacks. The majority of Black residents lived near the seaports, refinery plants, and on old plantation farmlands that were sold to Black sharecroppers after salted hurricane floods degraded the once rich soil. Fast forward to 2021 and the refinery has announced plans of layoffs due to the coronavirus-driven oil bust. Simultaneously, Black communities are suffering the effects of cancer related illnesses caused by the refinery plants, hurricanes with rising sea levels, and COVID-19. Port Arthur was my home, Port Arthur was my ancestors’ home, and now it’s the refinery’s home.

As we reflect on these climate and racial issues nationally, it is important to be advocates for the BIPOC communities directly impacted – of which there are many. We see you Flint, Michigan, we hear you Standing Rock, and we feel the story of the pig farmers in North Carolina oppressing Black residents amongst many other environmental acts of hate happening across communities.

In the words of the Mother of Environmental Justice, Hazel M. Johnson, “It’s all very well to embrace saving the rainforests & conserving endangered animal species, but such global initiatives don’t even begin to impact communities inhabited by people of color.” 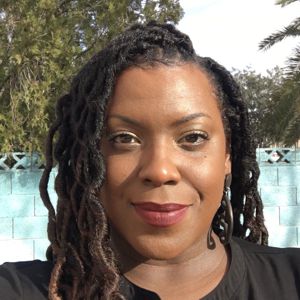 Ashley La Russa is the Founder/Owner of Roux Events, an event management company whose primary focus is supporting the growth of organizations that foster DEI initiatives. She is a cultural curator working to build bridges through conversations and experiences.