Once Upon a Time

For as long as I can remember, I have been fascinated with wolves. I can’t pinpoint when my fascination started but I continue to be inspired to educate others about the shockingly cruel treatment of wolves in current times. From childhood stories like Peter and the Wolf, to groundbreaking documentaries like Jamie and Jim Dutcher’s Living with Wolves, to the powerful book Wolf Nation by acclaimed author Brenda Peterson, the plight of wolves has been chronicled, and people’s mission to eliminate them continues to perplex me.

Why do some people fear wolves? Why are they obsessed with bringing about their extinction? Case in point is the Trump administration’s move this past May to remove rules that forbid hunting methods on federal land in Alaska. This is a move that many scientists and conservationists call cruel and inhumane. This change now means hunters are able to shoot wolves from planes.  Sportsmanship at its finest indeed.

Why do I see so many similarities between the anti-wolf movement and the actions of U.S Immigration and Customs Enforcement (ICE)? As totally unrelated as these issues are, there are common threads running through both – the threads of fear and ignorance. That fear and ignorance, combined with a total disconnection to and misunderstanding of the actual roles and contributions of both wolves and immigrants, has created truly bad policy and done great harm to both. In both cases, federal employees are encouraged to “smoke them out,” separate the young from their mothers and use cruel and inhumane ways to bring about the desired results. Whether it’s U.S. Wildlife officials tying a mother wolf to a tree to draw out the pups from their dens and shoot them, or ICE agents who portray themselves as officers from local police departments to ensnare people or fool them into revealing the whereabouts of family members (a tactic that has been used for years), these tactics are the same: fear, intimidation and trickery. The connection, or lack of thereof, between humans and animals, humans and other humans, all of nature, and us says a lot about society today. What and who do we value? Why do we value what we do? If certain animals or certain people aren’t valued by our society, does that mean they truly have no worth and can therefore be destroyed or discarded without protest?

Countless books, documentaries, and research papers describe some of the most inhumane treatment of wolves imaginable. Wolves have been trapped, tortured, poisoned and almost hunted to extinction more than once. The troubling conclusion I have reached is that the reasons the “hunters” give for their mission to eliminate wolves in America are based on ignorance and fear. They don’t or won’t look at the science and factual evidence about wolf predation. Wolves get blamed for things for which they are not responsible. Does this sound familiar?

Do you see any similarities between our treatment of wolves and the actions of organizations like ICE (Immigration and Customs Enforcement) conducting raids, targeting sanctuary cities to smoke out those “dangerous” workers supposedly taking our jobs away? Gathering people up like cattle, putting them in holding pens without a place to sit or access to the rest room? Separating small children from their mothers without so much as a tracking system in place or a legitimate reason in many cases?  There is certainly enough evidence to suggest that human rights have been violated, innocent people have been detained, that children have been permanently traumatized by these actions and that people, including very small children, have been made to suffer that which would be called inhumane at best. They have suffered unjustly as have our wolves.

Wolf hunters claim that wolves destroy other wildlife, that they are responsible for the killing of cattle and calves on the open range, and that they cause undue financial hardship to cattle ranchers and farmers, putting their livelihoods at risk. Facts would indicate otherwise. According to a United States Department of Agriculture study published in December of 2017, in 2015, nonpredator causes accounted for almost 98 percent of all deaths in adult cattle and almost 89 percent of all deaths in calves. Sound a bit like those who would have us believe immigrants are lazy, drug-addicted rapists and thieves from south of the border, and that they’re taking our jobs away? Or that they’re threatening the security of our country? Ignorance coupled with fear and bigotry can be a powerful force of both illusion and destruction.

But what’s behind the wolf rage? According to Brenda Peterson, author of Wolf Nation, there is an historic rage towards the wolf. The war against the wolves in this country dates to the early European settlers. They brought with them their belief that wolves were the enemy. More currently, in his groundbreaking anthology War Against the Wolf: America’s Campaign to Exterminate the Wolf, Yellowstone Wolf researcher Rick McIntyre chronicles the history of hatred and decimation. He describes practices like “denning” or killing pups while still in the den. One pup is saved and chained to a tree to call the parents and wolf pack for help. Then the government hunters gun down the entire family.  In the age of enlightened science about the very important role wolves play in helping to create balance in the wild, how can these ruthless attacks be allowed to continue? It begs the question: isn’t this the same behavior we see in ICE raids reported in publications across the country? “ICE focuses its enforcement resources on individuals who pose a threat to national security, public safety, and border security,” ICE spokesperson Lori Haley said. Was she referring to “dangerous” immigrants like farm workers, dishwashers, hotel and restaurant workers, roofers, landscapers, carpenters and students living in fear trying to survive in the “wild” that has become the American cultural landscape?

Wolves, in fact, play a fundamental role in maintaining ecosystem health according to a study published by Defenders of Wildlife, Ecological Role of Wolves. Despite wolf haters claims that wolves prey upon and destroy livestock grazing on National Forest and National Park land, they prey primarily on wild, hoofed mammals such as elk and moose. Further, by preying on the most vulnerable, wolves help keep prey populations healthier and more vigorous. National policies on wolf trapping and hunting should be based on these facts, and not on wolf folklore. As with wolves in the wild, immigrants play a fundamental role in maintaining our economic system, often doing jobs that Americans simply will not do. Their contributions to our culture through things like cuisine, music, and art are also immeasurable. We wouldn’t be the country we are today without the contributions of the millions of Latino immigrants who have helped to shape it.

We Fear What We Don’t Understand

The axiom “We fear what we do not understand” captures the ethos in both cases. The wolf’s wild majesty and inability to be tamed by man is anathema to many, and misunderstanding becomes fear. The contributions of Latinos are overlooked because of perceived differentness. White Americans holding the power misunderstand and thus fear the brown-skinned workers, thinkers, and makers that are an essential part of the engine that runs this country. In both cases, that fear becomes policy and action which can have devastating consequences. As the evil force of deeply-rooted racism continues to raise its ugly head, we would all do well to remember the quote on the Statue of Liberty to “Give me your poor, your tired, your huddled masses, yearning to breathe free.” Freedom. Freedom for wolves and immigrants. We can’t let the concept die because we are afraid of what we don’t understand. 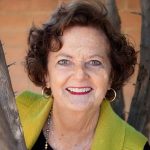