Like many diseases associated with the reproductive system, endometriosis tends not to be discussed openly, and yet has a significant impact on the health of millions of women. 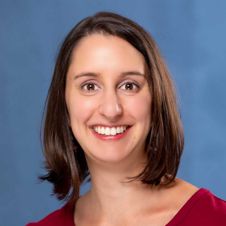 “If you think you have symptoms of endometriosis, see your provider as soon as possible,” stresses Melissa Lyapustina, DNP, a family nurse practitioner at TMCObstetrics. “You can let your provider know if talking about your symptoms or getting a pelvic exam makes you nervous, and they will work with you to make the visit as easy as possible. Ultimately, the sooner you come in, the sooner you can get answers and relief from your symptoms.”

The endometrial growths can be found on the ovaries, the fallopian tubes, the outer wall of the uterus, the intestines, and throughout the abdomen and pelvic region, sometimes beyond. They shed, like the lining in the uterus, but there is nowhere for the blood and tissue to go, so it irritates the surrounding tissue.

What are the symptoms of endometriosis?

Your provider may be able to feel endometrial adhesions with a pelvic exam or see a cyst with an ultra-sound, but the only definitive way to know whether you have endometriosis is to undergo laparoscopic surgery.

How can it be treated?

There is no cure for endometriosis, but there are some effective treatments dependent upon the extent and stage of the disease.

Being aware of the symptoms of endometriosis and its impact is a first step in addressing this disease.