Starting in the Forest

When I was a kid our family spent summers in the pine forest along the Mogollon Rim in central Arizona. My grandfather built a cabin outside of Payson with easy access to several lakes along highway 260. We would pull off the highway randomly if we spotted a wildflower meadow in bloom, remembering to grab an old coffee can from the back of the truck to collect treasures. After a day of fishing and exploring at the lake, we’d roast trout and crawdads in foil over an open fire pit back at the cabin. After dinner all of us kids would roam around in the woods behind the house until darkfall, and then pass out in the bunkhouse until sunrise. Those days were the beginning of my love of nature. When I get out in nature now, it’s in pursuit of that childhood sense of discovery, wonder, and belonging that I felt back then.

We Can Do This – Together.

I was almost a teenager when I first understood that the natural world could be damaged by people. Remember when chloroflourocarbons or CFCs were in the news in the 1980s? Aerosol products like hairspray contaminated the air with CFCs which contributed to a growing hole in Earth’s ozone layer. I was in middle school and putting down my AquaNet was really hard. Before long though, CFCs were banned and easily replaced with less harmful alternatives. I don’t remember any corporations putting up a fight; there was no Big Hair legal team lying about the effects of CFCs on the environment. The stuff was bad for Earth’s atmosphere so we quit using it. News that the ozone was beginning to replenish itself came soon after and I was heartened to see how people could make changes together for the benefit of our planet.

Now that I’m older I see how much more complex the climate issue really is. One person quitting one damaging behavior, like using harmful beauty products, won’t change a thing. But if every person made individual changes like that we could cause a global shift in the right direction. We could put down the AquaNet as a species! So I keep trying. I try by making choices each day to lessen my contribution to changing the climate. Eat less meat, be aware of how much plastic I bring into my home, including packaging, reuse as much as possible, fix things when I can, learn to do without, and just stop buying so much. I try by supporting Mrs. Green’s World. I try to stay informed about what corporations and candidates are doing so I can act with my dollars and my vote.

Many of us lament the damage humanity is doing to our planet. So do I. Maybe what we need to finally get real about climate reality is a change in perspective. Let us realize that Earth can take care of itself. The planet isn’t bothered by climate change; it’s had multiple climates. But it is this one right now that makes Earth the perfect, and only, habitat for humans anywhere in the known universe. If we humans do enough damage, nature will just wipe us off the planet and go about righting itself at its own geologic pace. We could all go the way of the dinosaur and Earth wouldn’t bat an eye! So let’s stop trying to save the planet (as if!) and focus on saving ourselves. 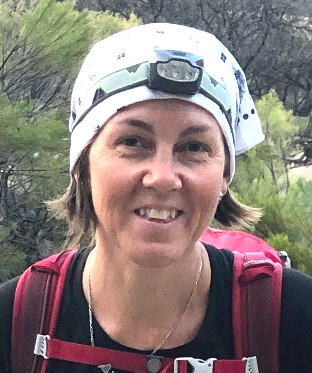 Amy is a native Tucsonan who likes nothing more than reading outdoors with the sounds of birds and water in the background. She wants that and all the other pleasures of the natural world to remain for generations to come.