Species Extinction: Why our Oceans are Hit the Hardest

Diverse species all over the planet are disappearing at an alarming rate. Scientists are seeing rapid die off of everything from insects to rhinoceros, but the rate at which marine species are disappearing is nearly twice that of their terrestrial counterparts.

Scientists believe this rapid rate of decline is largely do the fact that there is nowhere to hide from extreme ocean temperatures. Climate change is raising the the temperature of our oceans and the marine life that live there are ill suited to adapt to rising heat in the ocean.

Cold-blooded animals like fish are dependent on the temperature of the water around them to maintain their optimal body temperatures. When that water becomes heated beyond a certain point they simply can’t survive and for many species, there’s nowhere else to go. They depend on the unique reefs, or ocean depths, or other unique ecosystem for survival.

The sooner we act on climate and work toward climate solutions the sooner we can save the diversity of our oceans.

For more information check out Inside Climate News. 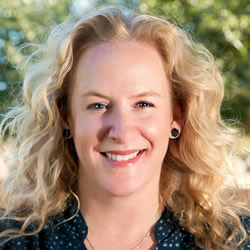