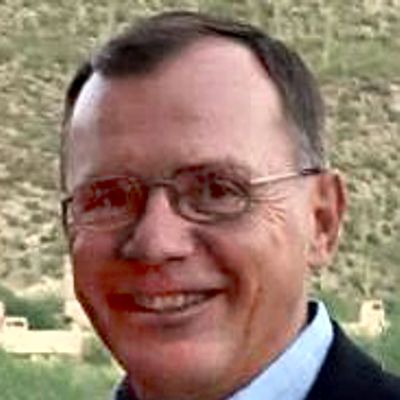 Down to Earth: Tucson, Episode 25, Since 2013 Habitat for Humanity created it’s Veterans Build program to address the needs of returning veterans. The current housing models don’t always fit for the unique needs of returning Veterans. That’s where the Small house project came in. After working with a Veteran who needed an accessible home, but didn’t want and couldn’t afford the standard 3 bedroom home. Tiny homes are around 400 square feet and normally not meant to be permanent structures, but a “small home” is around 900 square feet and contains all the amenities of a standard home. Through Veterans Build program which empowers Veterans to build and purchase their own homes the Small Homes project was born.

Rodger Schuld is the volunteer Chairperson for Habitat for Humanity Tucson’s Veterans Committee. He is blessed to be married to T. VanHook Schuld, CEO, Habitat for Humanity Tucson. He has three wonderful adult children (two living in the Tucson area) and one grandson. Since retiring from the Air Force in September 2016, Rodger was a member of several non-profit boards serving the Tucson community. Prior to retiring, he served as the 355th Mission Support Group Commander, Davis-Monthan Air Force Base, Arizona. As Commander, he led a group consisting of six squadrons and 2,200 personnel with an annual operational budget in excess of 22 million dollars responsible for real property assets valued at over two billion dollars.

Rodger entered the Air Force in May 1979 upon graduation from the United States Air Force Academy in Colorado Springs, Colorado. He has served in a variety of civil engineer positions at base, Numbered Air Force, major command, air staff levels, and commanded a civil engineer squadron at Joint Base Balad, Iraq. In 2010, he graduated from the Army War College in residence. During a 10-year break in service, he obtained a Masters in Computer Science and spent 8 years as assistant camp director at a Christian camp in the Sierra Mountains.

This episode made possible by the generous support of Habitat for Humanity, Tucson