Oil & Money vs. People & The Planet

Those are the only things you need to consider when you read about the threat to the Arctic National Wildlife Refuge. From where I sit, you don’t even really have to know too much about the Refuge to make an informed decision. You just need to know that we don’t need oil (we have something called renewables – making money, providing jobs, not polluting our atmosphere), that not a single one of us reading this will benefit in any way whatsoever from the oil drilling, and that should drilling for oil be permitted in this unique and pristine wilderness area, there is no putting Humpty Dumpty back together again.  And then please ask yourself: do you want to stand by and let the very few get permission to drill for oil in this very sacred place, make money for the oil companies and permanently and irreversibly disrupt the ecological integrity of this amazing, important and yes, sacred, refuge?

A bit of background…The Artic National Wildlife Refuge is home to abundant wildlife. It was one of the very few places on earth where polar, black and brown bears co-exist. As stated in the National Wildlife Refuge Association’s article, Protecting the Arctic National Wildlife Refuge, the refuge is critical habitat for polar bears, particularly as concerns mount over species loss due to the reduction of sea ice due to climate change. I say keep the polar bears by keeping the oil WE DON’T NEED in the ground.  In addition to the polar bears, more than 200 species of birds utilize the Arctic Refuge. They are birds you and I might see in our own backyards as birds from every state in the United States migrate from there – yes – every state. Translation? This remote corner of Alaska is truly connected to all ends of the earth. Do you care about that? I know I certainly do. And then there are the caribou. Hundreds of thousands of caribou roam the Arctic Refuge. One of the many distinct herds, the Porcupine Caribou herd, the largest within the Arctic Refuge, returns to the refuge’s Coastal Plain each spring to calve and raise their young. Press pause here and ask yourself: destroy their home, their calving place to drill for oil and natural gas? Is there a dollar amount you can come up with that would make it worth it? And did I say we don’t need that oil and the oil companies and their shareholders will be the ONLY beneficiaries to this outrageous pillaging? The anger in me rises.

So what about the people? What about the people who have lived in and around that land pretty much since time began? Those people have a name. They are known as the Gwich’in. Guess what that means?  PEOPLE OF THE LAND! They are spiritually and physically linked to this landscape, to its wildlife and, yes, what’s at risk for them is their very survival.  They rely on the Porcupine Caribou herd for their very existence and could not survive in this remote environment. A human rights issue maybe? Does their very existence matter more than barrels of oil? There are no words.

At some point, isn’t it a very valid question to ask isn’t this OUR Arctic Refuge? Don’t all of the national wildlife refuges that make up the National Wildlife Refuge System belong to us? Are they an integral part of our nation’s conservation heritage? Shouldn’t we all be asking that question and protecting what is ours?

Why is OUR Arctic Refuge threatened? What is the most current threat? And what can you do about it? How can you be a part of making sure that this shared resource is not destroyed forever? GET INVOLVED! Let your voice be heard. Start by reading the entire article published by the National Wildlife Refuge Association and then decide what you want your part to be in making sure it does not happen. It is going to take a big village to stop the big money, the big greed and the big bullies to make sure it does not. Are you up to the challenge? We hope so. 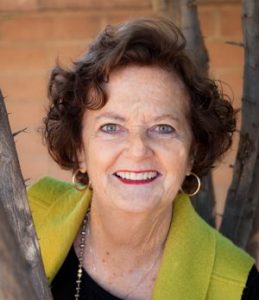