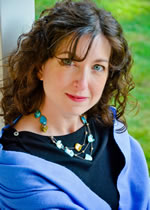 My husband and I regularly commiserate about our children’s half-hearted efforts when doing chores (we actually use slightly different terminology than “half-hearted,” but you get the idea). They’ll put their toys away but leave tiny Legos or beads or paper scraps littering the floor. They’ll clear their dishes from the table but leave their placemats coated in crumbs and bread crusts. They’ll shove their laundry into the hamper leaving a trail of socks along the way.

They do the main part of the job but they ignore the details that would make that good job great. Now, in my children’s defense, they’re 10 and 6. They’re still learning. And they will learn (if I have anything to do with it).

But when grown-ups behave this way, it’s due to one thing, and one thing only: laziness.

I went grocery shopping this morning, and the very attentive man who works in the freezer section and always asks if I need help finding anything checked on my progress as usual.

“I’m good,” I said, “I’m just noticing that there don’t seem to be as many frozen juice choices as there used to be.” I used to have a selection of at least a dozen or so 100% juice concentrates to choose from. I now have about four.

[Sidebar: Generally I try to eat as healthfully as possible, and I realize juice doesn’t really fall into this category. But doggone it, sometimes I get really bored with water and tea, and 100% juice with seltzer water is just the thing.]

“Yeah,” the frozen-food guy said. [Sidebar: I really ought to learn this gentleman’s name. See? Laziness.] “They’ve really cut back on the offerings. People don’t want the hassle of mixing juice. They just want to pop open the bottle and drink.”

“But that wastes so much more plastic!” I said. “I switched to frozen juice to save all those plastic jugs.”

“Not everybody thinks like you,” he said. “It’s all about convenience. People are just too darn lazy.”
Not much different from my kids, really. We’ll make the healthy decision to drink more water, but then we’ll stock up on cases of water bottles instead of taking the extra step of filling up a water filter in the fridge. Or we’ll make the healthy decision to send fruit in our kids’ lunches, but then buy the single-serving containers of diced fruit or applesauce because it’s somehow easier than tossing in an apple or a banana (admittedly, I don’t really understand this one).

We’re sacrificing Mother Earth’s health for our own convenience because, quite frankly, we’re lazy.

Earlier this month, Mrs. Green challenged each of us to commit to some small change for the planet in 2015. She offered three simple yet powerful suggestions:

I, for one, am going to shake off my laziness and shoot for all three of these objectives this year, for the benefit of both myself and Mother Earth. How many of you would like to join me?

Sue Nelko Carr is a freelance writer, editor, blogger and a full-time mother, trying to live a greener life in Pittsburgh, PA.