Millions of Americans of both genders aren’t getting the rest they need for physical and mental wellness. 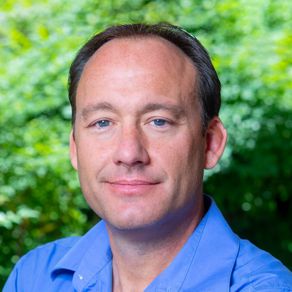 For a long time, the typical patient with sleep apnea was characterized as a middle-aged man, slightly overweight with an enlarged neck. It can actually impact anyone. “The worst case I’ve ever seen was a 90-pound grandmother. She had a narrow airway and when she relaxed and it collapsed, she had severe symptoms,” said David Sholes, the manager of the TMC Sleep Center at Tucson Medical Center.

Tossing and turning at night is not just an inconvenience

Tossing and turning is not just an inconvenience – it can have profound health impacts. Waking up throughout the night, Sholes explained, can disrupt normal sleep cycles. The first stage of sleep is considered twilight sleep with the second stage of sleep slightly deeper and where most patients will spend the majority of the night sleeping in. The next stage of sleep is considered slow wave sleep and is considered the most restorative sleep, with the final stage – rapid eye movement sleep – or dream sleep. While some of the deeper stages of sleep are considered to be the most restorative all stages of sleep, cycling between those stages without interruptions is equally important.

“A sleep cycle typically takes about 90 minutes to get through. So if your sleep cycle is interrupted, you don’t necessarily start off again where you stop. Instead, you start back at the first stage and that circumvents the renewal that should happen in sleep,” Sholes said.

Chronic poor sleep nothing to snore about

While a lack of Zzzs occasionally might throw you off your game, chronic poor sleep can impact your appetite weight gain, diabetes, heart disease, your immune system, mental health and dementia.

What can I do to improve my sleep habits?

The first step to better sleep is to develop a bedtime routine and stick with it, so your body knows when it’s time to sleep. The second step, Sholes said, is to think about comfort. It is well documented that people sleep better when the temperature is cooler. If you have pain, consider visiting a pain clinic, such as the TMC Integrative Pain Center, to find solutions.

Sholes said it’s also important to know that how fast we get to sleep and how often we reach deep sleep typically changes as a natural part of the aging process. “Sometimes people get frustrated because they’re not sleeping like they were in their 20s. It might help reduce frustration to know it’s just going to take you a little longer to get to sleep,” he said. “That’s why it’s so important to be a gatekeeper of your sleep hygiene.”

Sholes suggested changing a few things at a time and keeping a sleep diary to document any positive or negative changes. “If you’ve done all of these things and you’re still having trouble with better sleep, then there may be a reason and it should be investigated with a sleep study,” he said.