Faces of the Climate March: Arizona

“We need to prepare the next generation to take care of the planet and themselves” says Janet Rothers, mother of two and co-founder of the Navigators Tucson Chapter.

Rothers, like millions of others across the globe, attended last month’s climate strike along with her children and members of her all gender, secular family scouting organization. The Navigators typically organize camping trips and engage in community service work, however they decided it was important to participate in this year’s climate march in Tucson, Arizona.

“I thought it was important enough to let my kids know [climate change] is going on in the world” explained Rothers.

Parents like Rothers are starting to realize that trash pick-ups and recycling are not enough. While the previous generation was told that they can help protect the environment by picking up after yourself, today’s youth were born into a planet in crisis that is seemingly overwhelming to manage.

Parents like Rothers are starting to realize that trash pick-ups and recycling are not enough. While the previous generation was told that they can help protect the environment by picking up after yourself, today’s youth were born into a planet in crisis that is seemingly overwhelming to manage.

“I don’t want my children to be terrified of their future. I want them to be aware,” Rothers said

That’s why Rothers decided to bring her two children, Veronica and Oliver, to the Climate March in Tucson.

Youth like Janet’s eight-year-old daughter Veronica believe it is important to participate in events like the climate march. Veronica believes protecting the planet is important because “kids in the future can have a happy life where they don’t have to worry about the world’s climate changing.”

Oliver, Veronica’s 10-year-old brother, believes “we have a perfectly good planet and we should protect it at all costs.”

Janet Rothers first had the idea of bringing her children and the Navigators to the strike after watching a Ted talk by 16-year-old Swedish climate activist Greta Thurnberg, where she encouraged youth around the world to attend the climate strikes and demand climate action. She asked Oliver and Veronica if they thought it would be appropriate to invite the Navigators club to join, to which Oliver said, “Yes! Navigators and all of (our school) should go!”

“I would rather have a chance of doing something to help than to not do anything” Oliver explained.

“Many parents thanked us for doing this,” Rothers said.

Positive word of mouth spread and classmates of Oliver and Veronica joined the crowd where they watched older youth armed with megaphones make demands to their city’s leaders for climate action.

To Rothers, it was important to teach her kids that “they do not have to be a passive observer” in the face of this climate crisis.

The event left a lasting impression on her children.

Oliver said he learned that, “We are stronger together.”

“I might be able to help even though I am just one person,” Veronica said.

Rothers finds it frustrating that climate change doesn’t dominate the headlines every day.

“I’d like to see a tipping point,” she said. “I’m hoping for that tipping point to happen sooner rather than later.”

According to the Guardian, youth from an estimated 185 countries made a unified and urgent demand for global action against change; time will tell whether or not this moment in history will serve as a tipping point for climate action.

Despite the challenges and pessimism, young people like Veronica and Oliver are starting to realize they have the power to take action against climate change if they do so together.

“Right now we are the ones who are making a difference. If no one else will take action, then we will,” said Greta Thunberg during the strike in New York. “We demand a safe future. Is that really too much to ask?” 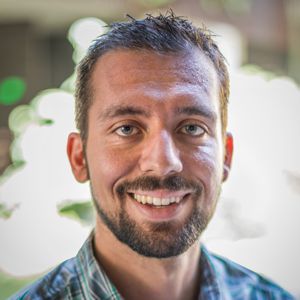 Jake Meyers is a Planet Forward Correspondent from the University of Arizona. Planet Forward is a project from George Washington University that celebrates and rewards environmental storytelling. Jake is pursuing a Master’s of Development Practice degree at UArizona and believes digital storytelling can be a powerful tool for climate adaptation. Prior to joining Planet Forward and the University of Arizona, Jake served in the Peace Corps in Benin, West Africa as an Environmental Action Advisor and worked as a VIsiting Researcher with the Wildlife Conservation Society in Cambodia as a Fulbright scholar. Jake has led environmental research projects and development programs in over 15 countries, predominantly in Benin, Cambodia, South Africa, Kenya, Myanmar and Ecuador.