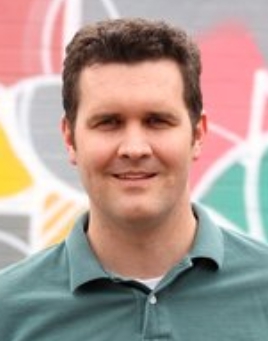 I was born and raised in Tucson, with the Sonoran landscape outside my window. It’s a naturally beautiful place. I have been a runner my whole life, which gave me the unique experience to explore the Southern Arizona region on foot, at my own pace. Running allowed me to connect with nature and be in touch with my appreciation for where I come from. While I was a student at Rincon High School, I worked with the TUSD Energy Manager (who is still a close friend) on an environmental project focused on environmental health and establishing a healthy sense of place that inspired my next steps. Together, we created a district-wide energy conservation program for TUSD. Through this experience, I knew that policy was fundamental to the community work that I wanted to do in order to enact change, and I moved to Los Angeles to study Government and Leadership at Claremont McKenna College. When I was starting junior year, Hurricane Katrina happened, and I became deeply interested in the impacts of climate change and how urban planning and development are essential to anticipating natural disasters. I moved to DC for a while, returned to Los Angeles, and started working with a nonprofit. As Development and Green Jobs Director of Uncommon Good, a grassroots nonprofit organization, I led the formation of a regional coalition that successfully competed for federal funds of nearly $900,000 for a green jobs program. I also facilitated the first super adobe office building of its kind in Claremont. There, I also became heavily involved in the U.S. Green Building Council, as a Board Member – and the work has never stopped.

I make choices that are aligned with my values and goals. I am a co-founder of the Tucson 2030 District, a private-public-nonprofit collaborative working to create a groundbreaking and high performance-building district in Tucson that aims to dramatically reduce energy and water consumption as well as climate-changing emissions from transportation. By adopting these three performance targets set forth in Architecture 2030’s national Challenge for Planning, the Tucson 2030 District, like successful 2030 Districts in other cities, seeks to demonstrate that high performing buildings can be the most valuable and economical buildings in the region. Our public launch at the Hotel Congress in 2017 featured a sold-out tour and networking reception. The dynamic partnership between USGBC Arizona and the emerging district began in 2015 with the support of USGBC volunteers using USGBC’s ADVANCE framework. In addition to serving a founding member of this Board, I also proudly serve on the Boards of Tucson Clean and Beautiful and Tucson City of Gastronomy. I have recently launched a comprehensive and award-winning sustainability program through Local First Arizona Foundation called SCALE UP (more details can be found on the program page).

Climate change is real, community collaboration is the most fundamental way to create grassroots change, and being engaged in the community is the ultimate key to well being and happiness.