Chlorpyrifos: The Toxic Pesticide Harming Us, Our Children, Our Wildlife and Our Environment

Truth be told, there are times when I am so angry about a particular issue that I don’t know what to do with my anger, my outrage, my disbelief, my indignation and yes – even my sadness.  I want my reaction and writing about “it” to be helpful, to educate and inform people, to inspire them to change or be aware or take meaningful action. This is one of those times and I hope I can get you to stay here and engage with me on this important subject. A few weeks ago, I received an email urging me to sign a petition asking the FDA to ban the insecticide chlorpyrifos. I get lots of those kinds of requests but this one got me to click through and read more about it. This email stated that, despite strong scientific evidence that chlorpyrifos can cause brain damage in kids, the Trump administration is fighting a court order to ban the dangerous neurotoxic pesticide. Shocking, I know…

The more I read, the more upset I got but I know better than to just take one article’s content to set me off. So, dig I did. It’s not pretty. The backstory: Last month a federal appeals court ordered the EPA to ban chlorpyrifos saying the agency had no justification for its decision to cancel its previously scheduled ban on the chemical. Now the agency is challenging that ruling. In other words, The EPA (which is anything but at this point) is defending chemical industry profits instead of standing up for children’s’ health.

More digging…According to the National Pesticide Information Center, “Chlorpyrifos is an organophosphate insecticide. Pure chlorpyrifos is made up of white or colorless crystals. It has a slightly skunky odor, like rotten eggs or garlic. Chlorpyrifos is used to control many kinds of pests, including termites, mosquitoes, and roundworms.” Not so bad since I am none of the above, right? Wrong.  Further research revealed that products with chlorpyrifos in them are used in agriculture for feed and food crops (which means we are eating them) and in cattle ear tags. They may be used on golf courses, and to control fire ants and mosquitoes for public health purposes. Products containing chlorpyrifos are also used to treat wood fences and utility poles. My brain starts putting together all I know about off-gassing, about toxins in the air, about our breathing them in, about their presence in much of our food and about the harmful effects that have been measured over and repeatedly by inquiring scientific minds. I know this can’t be good and I am getting to a slow boil.

Then my brain exploded, just a bit, when I went on to discover that people can be exposed to these pesticides by eating them, breathing them in, or getting them on the skin or in the eyes. You could be exposed to chlorpyrifos if you apply products containing chlorpyrifos either as part of your job or outside of your own home. If a bait station for pests in your house contains chlorpyrifos, people or pets could be exposed if the bait station is broken. In fact, for half a century, U.S. staple foods such as corn, wheat, apples and citrus have been sprayed with chlorpyrifos even though we KNOW it can damage the developing brains of children, causing reduced IQ, loss of working memory, and attention deficit disorders. But how would we know that such a thing as chlorpyrifos exists let alone that we are ingesting it and that it’s harming us and our children?

Glutton for punishment that I am, I dig deeper and find that exposure to SMALL amounts of chlorpyrifos can cause runny nose, tears, and increased saliva or drooling. (But, again, how would anyone know that chlorpyrifos is causing any of the above?) People may sweat, and develop headache, nausea, and dizziness. More serious exposures can cause vomiting, abdominal muscle cramps, muscle twitching, tremors and weakness, and loss of coordination. Sometimes people develop diarrhea or blurred or darkened vision. In severe poisoning cases, exposure can lead to unconsciousness, loss of bladder and bowel control, convulsions, difficulty in breathing, and paralysis. My brain asks the question: did you ever hear of anyone being diagnosed with “chlorpyrifos poisoning?” I think not. Do you think they even TEST for that? Again, I think not. Would you know to ask for that kind of information? How could you know?

Do No Harm: Next Steps

With more research the sadness set in – the deep, incredulous, overwhelming sadness accompanied by a feeling of utter hopelessness about what I, one person, with a limited voice, can do about what I discovered next.  Researchers studied the blood of women who were exposed to chlorpyrifos and the blood of their children from birth for three years. Children who had chlorpyrifos in their blood had more developmental delays and disorders than children who did not have chlorpyrifos in their blood. Exposed children also had more attention deficit disorders and hyperactivity disorders. One does not have to be a scientist to figure out that children are more likely to be exposed to pesticides when playing (as in crawling around on the ground) and because they put their hands in their mouths more often than adults, And, oh, by the way, aren’t we supposed to be protecting our children from harm?  Looking out for their health and well-being? Don’t we, as adults, have a moral responsibility to do that? At least I thought so.

I think it best I stop here. I can only hope that you have read “all the way down” and that you are feeling a wave emotions that will end up inspiring you to act, to let your voice be heard. You are one click away from doing just that. 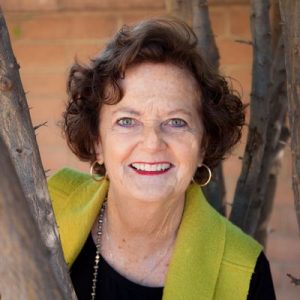