As President Biden steps into his role of leading the United States, do we have reason to be optimistic about his ambitious plan to address climate change? The answer seems to be an overwhelming yes with a few key things lined up in Biden’s favor. Please read on for some insights.

In this January 18, 2021 USA Today article, David Konisky, a professor at Indiana University’s O’Neill School of Public and Environmental Affairs, shared that two of those things is that the “climate problem has ‘taken on incredibly more urgency’ as warming temperatures and rising seas create havoc and give scientists a better look at what’s to come”. Second, because of excessive heat across the country, wildfires throughout the West and intense hurricanes along the Atlantic coast, the public’s awareness about climate change is ever increasing.

Integrating Climate Across the Board

How will we truly make advancements on climate change solutions in the United States? Konisky shares that “even though the public understands climate change better than it did a decade ago, the nation is no less polarized and does not yet have broad consensus about how the government should address it”. One thought is that Biden will pursue his climate change goals by embedding climate policies throughout much of what the administration attempts to do “including budgets and a ‘robust regulatory effort”. Robert Kopp, a Rutgers University climate scientist and a lead author on the coming Sixth Assessment of the Intergovernmental Panel on Climate Change shares that “what you have to do is take every mechanism we use to make decisions and integrate climate into it. Climate isn’t just some other bucket. It’s really part of everything. I think the (Biden) administration recognizes that and it’s reflected by their efforts.” 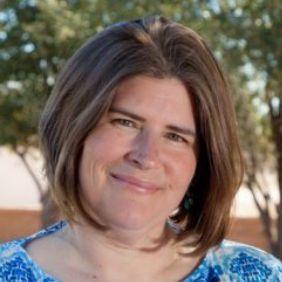 Kelly King is a woman taking small steps toward a healthier happier life and planet, all the while caring for her two children, husband, cat and Mrs. Green’s World.