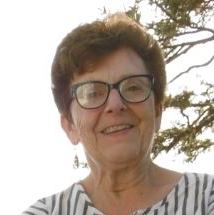 Impact Earth: Advocacy, Episode 1, Mary E. Guss is currently a part-time attorney, doing contract work with Indian tribes. She received her B.A. from Reed College in Portland, Oregon, majoring in philosophy, and her law degree in 1976 from Lewis & Clark.  She then traveled to Alaska to clerk for the Ketchikan Superior Court judge for a year. Instead, she stayed and practiced law there for three decades, over half of it as a solo practitioner doing a wide variety of legal work. Guss also served as the part-time federal magistrate judge for Ketchikan, owned a bookstore for a short while, and volunteered with the Girl Scouts, the local public radio station, the community band and Youth Court.

In 2008 she went back to school, pursuing a long-time interest in indigenous peoples law.  She obtained an LLM from Arizona’s Indigenous Peoples Law and Policy Program in the spring of 2009 and was shortly thereafter hired to work for the program. Her work included serving as IPLP staff attorney, writing wills for Tohono O’odham clients while teaching a tribal will-writing clinic, as well as coordinating the Lunch in Indian Country CLE series with the state bar.  Topics she has spoken on for this program include Tribes and Climate Change, the Cobell Land Buyback and tribal will writing. Currently she sits on the Salt River Pima Maricopa tribal appellate court and does will writing for the Confederated Tribes of the Umatilla Indian Reservation